History of the SI

Founding of the IEC

The birth of the SI

In October 1901, the Italian scientist and engineer Giovanni Giorgi presented his new finding at the congress of the Associazione Elettrotecnica Italiana (A.E.I.) in Rome. He argued that a coherent system of units (i.e., a system of units in which the unit for each derived quantity is defined without multiplicative constants) could be achieved by adding an electric unit to a system comprising three mechanical units. This event is considered the birth of what is now known as the International System of Units, or SI, even though at that time it was known as the CGS system whose mechanical units are the centimetre, the gram, and the second.

This is an example of how international standardization can truly deliver a solution that meets past, present, and future global needs.

The birth of the SI is inseparably linked to Professor Giovanni Giorgi. This visionary Italian anticipated future needs and provided as early as 1901 not only suggestions for a coherent system of units, but also a full-fledged solution. His story also shows that being ahead of one’s time can draw more criticism than being behind one’s time. But fortunately, Giovanni Giorgi had the satisfaction of witnessing how, after many years of seemingly endless debate, his original proposals were accepted without major changes.

Giovanni Giorgi’s legacy is exceptional. Far from being challenged by any better system, the SI keeps proving its worth and is used day in and day out in science, technology, medicine, trade, and the society at large.

The historical information presented in these pages comes from the book "1901-2001, Celebrating the Centenary of SI - Giovanni Giorgi's Contribution and the Role of SI", published in 2001 by the IEC, and from "The International System of Units (SI)" (the so called "SI Brochure"), published and periodically updated by the International Office for Weights and Measures (BIPM).

Back to top
Anchor placeholder #historicalbg

British Association for the Advancement of Science

In 1862 the British Association for the Advancement of Science (BAAS) appointed the first commission entrusted with the task of studying electric units. It consisted of physicists from various countries and with world-wide reputations, which gave it an undeniably international and authoritative character [1]. The commission undertook to extend work which had been initiated by the German scientists C.F. Gauss and W. Weber.

One of its first achievements, in 1863, was the adoption of the system based on three base units: metre, gram and second. When in 1874 the centimetre replaced the metre, the new system was named the absolute CGS (centimetre, gram, second) system. Its use was universal until the introduction at the beginning of the 20th century of the International System of Units (SI) also called MKSA (metre, kilogram, second, ampere). 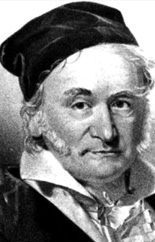 After adopting the CGS system, the same commission also decided, in 1874, to adopt the ohm as the unit for resistance and the volt for electromotive force (e.m.f.). These so-called "practical units" had come into use because of the inconvenient size of some of the electric units in the CGS system.

After the important part played by the BAAS, the work of six international congresses held between 1881 and 1904 contributed greatly to the unification of electric and magnetic units. The last congress was held only a short time before the birth of the IEC in 1906. 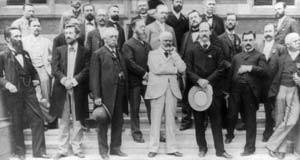 The International Electrical Congress in Chicago
in 1893 laid down rules for the physical realization
of the three units: ohm, ampere and volt.

The principal result of this first congress was to give official and international endorsement to the BAAS proposal concerning the ohm and the volt. The ohm was now defined as “the resistance of a column of mercury of 1 mm2 cross-section and 106,300 cm long at the temperature of melting ice”.
The units ampere, coulomb and farad were also defined.

In addition to these definitions, the first congress gave its attention to the physical realization of the definitions into measurement standards [2].

Later congresses were held in 1891 (Frankfurt), 1892 (Edinburgh), 1893 (Chicago), 1900 (again in Paris) and 1904 (St. Louis). The Chicago congress laid down rules for the physical realization of the three units: ohm, ampere and volt. The ohm and the ampere were defined in terms of the CGS electromagnetic system.

The congress in Paris in 1900 dealt mainly with the contentious question of magnetic units.

St. Louis: Cradle of the IEC

When the next congress met in St. Louis, the IEC was founded [1]. In fact, two permanent international commissions were proposed with different sets of tasks:

At the time, two distinct needs were identified:

First, governments recognized that to facilitate commercial transactions and trade they needed to rapidly agree on common measures and names to replace the many different units that were in use.

Secondly, it appeared to be necessary to provide a forum that would consist of scientists and in which manufacturers, as well as learned societies, would be represented. Its responsibility would be to study and to establish terminology for the whole field of scientific and technical concepts [1]. 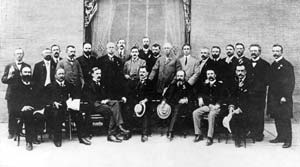 The IEC was initiated at the International
Electrical Congress of St.Louis in 1904 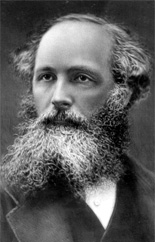 The contributions of Maxwell and Heaviside

The mathematical theory of electromagnetic phenomena had been formulated on a three-dimensional basis by J.C. Maxwell in 1873 but, despite many qualities, his presentation was in some respects arbitrary [2]. In particular, he developed two systems as extensions of the CGS system into the field of electricity: the absolute electrostatic system and the absolute electromagnetic system. They are respectively based on:

If a given physical quantity is measured in the two different systems of units, however, it has not only different numerical values but also different dimensions. These facts were pointed out in 1882 and later by O. Heaviside.

Heaviside’s most important objections [2] were that, in the case of both electricity and magnetism, the electric field strength and the corresponding flux density must be quantities with different dimensions: hence, rather than pure numbers, the permittivity and the permeability were quantities with a dimension. This means that Heaviside’s presentation refers in fact to four dimensions.

Heaviside also criticized the irrational way in which the factor 4? occurs or does not occur in the mathematical formulae, implying that it should appear only in equations concerning spherical geometry. He proposed to redefine the electric and magnetic units by making these smaller by a factor of

, keeping the vacuum permittivity and vacuum permeability invariant. Of course, this procedure would have dramatic consequences for other quantities.

At the beginning of the 1890s, the Italian scientist and engineer Giovanni Giorgi realized the great importance of Heaviside's ideas, and they had some interesting exchanges.

[1] IEC Publication 164, 1964. Recommendations in the field of quantities and units used in electricity. IEC, Geneva.

[2] de Boer, J., 1988. Giorgi and the International System of Units, in Giovanni Giorgi and His Contribution to Electrical Metrology. Politecnico di Torino. 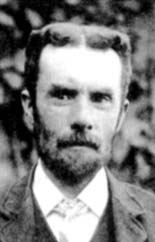 Work on quantities and units

The IEC was officially founded on 27 June 1906 in London, read here the founding of the IEC.

Two "commissions" of the IEC were created:

Interestingly enough, the IEC was constituted within the same time frame as the national bodies. This fact underlines both the high priority given to electrotechnical standards and the close coordination between national and international efforts.

From the date of their creation, the two commissions acted separately. The first commission on electric units and standards met in London in 1908. It dealt with the units and their physical realizations.

The representatives of the national institutions or governments at this meeting adopted a set of units, defined as decimal multiples of the corresponding electromagnetic CGS units, and another set forming a system to represent the fundamental units for purposes of measurement.

The IEC also began its work on terminology in 1908, in the first Technical Committee (TC 1) to be appointed. Its title was the “Advisory Committee on Nomenclature”.

While work continued throughout the First World War, unfortunately, the Second World War interrupted all work in the IEC. At its first post-war meeting held in Paris in July 1950, the question of the choice of a fourth base unit was finally settled by recommending the ampere.

Back to top
Anchor placeholder #milestones

In the middle of the 19th century, a coherent three-dimensional system of units was created using the base quantities length, mass and duration. This was the absolute CGS (i.e., centimetre, gram, second) system. The subsequent introduction of these absolute units into electrodynamics had many theoretical implications. Maxwell developed an elaborate metrological theory of two systems, the electrostatic and the electromagnetic system.

In 1889 the 1st CGPM sanctioned the international prototypes for the metre and the kilogram. 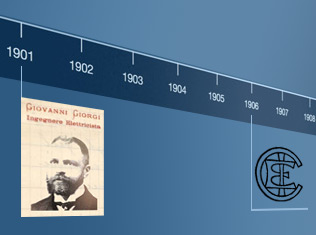 In 1901 Giovanni Giorgi succeeded in reformulating the existing theory of electromagnetic phenomena as a four-dimensional theory. In 1906 the IEC was officially founded in London

In 1904 in St. Louis, during the International Electrical Congress which was held at the same time as the World's Fair, the idea for the creation of the IEC took form.

In 1906 the IEC (International Electrotechnical Commission) was founded in London as an international forum where scientists and engineers could discuss all questions surrounding electrotechnology.

In 1935 a meeting of IEC Advisory Committee (AC) 1, Nomenclature (which later was split into the two committees that today are IEC TC 1, Terminology, and IEC TC 25, Quantities and units) in Scheveningen, the Netherlands, adopted a system comprising the three base units metre, kilogram and second, plus a fourth base unit that would be chosen at a later date. This was called the Giorgi System.

In 1950 the ampere was finally chosen as the fourth base unit of the system, and in 1954 this decision was ratified by the General Conference on Weights and Measures (CGPM).

In 1960 the CGPM adopted a resolution that the system based on metre, kilogram, second, ampere, kelvin and candela be given the name Système international d’unités (International System of Units), with the abbreviation SI.

In 1971 the mole was added as a seventh base unit.

Many physicists were opposed to the Giorgi System and still today some theoretical physicists continue to use the CGS system.

Today, the IEC and ISO 80000 series of standards: Quantities and units, provides the rules for the use of units in IEC and ISO International Standards.