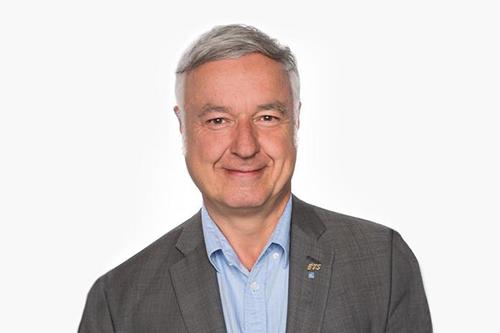 François Coallier is a Professor at the école de technologie supérieure (ETS), a leading Canadian engineering school affiliated with the Université du Québec network. He has more than 35 years of experience in software and systems engineering standards development.

He chairs the Joint ISO and IEC subcommittee which publishes standards relating to the Internet of Things and Digital Twin (ISO/IEC JTC 1/SC 41). Coallier also serves as Vice-Chair of the Canadian JTC 1 mirror committee and is also on the SCC Governing Council.

What do the standards developed by SC 41 mean to everyday Canadians and other people around the world?

The potential impact is enormous because the standards that are developed are used to support new markets. For example, the Internet of Things (IoT) can be found in smart cars, precision agriculture, as well as electric grids and smart factories. Smart cities rely on a multitude of sensors and the IoT is the backbone of those systems.

Smart health is an important application, including consumer items such as activity tracking wristbands. The standards which are used to support new markets also contribute to improving communication between people, teams and organizations.

How does ISO/IEC JTC 1/SC 41 ensure standards development is on pace with the rapid growth of Internet of Things related applications and markets?

The subcommittee was established in 2016 and since then it created 14 exploratory advisory and adhoc groups to explore new areas and the potential for new developments. These areas include edge computing, real-time IoT, wearables, reference architecture and vocabulary harmonization, societal and human factors in IoT-based services, integration of IoT and blockchain, and trustworthiness interoperability.

What’s your advice to young professionals who want to shape software and IT engineering standards?

Be interested in standards. It is an opportunity to meet different people and learn about various cultures. It is a good way to develop yourself professionally. It gives you a sense of fulfilment and contribution.

The IEC roadmap for standardizing the Internet of Things