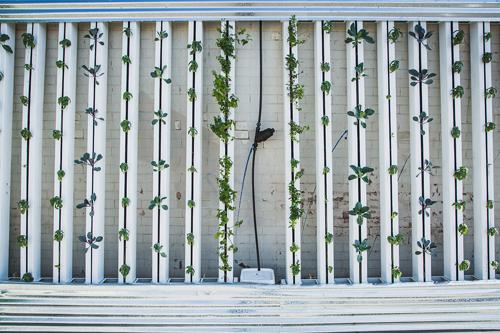 Image by BrightAgrotech from Pixabay

A green investment boom has seen the value of so-called vertical farms soar. A US company specializing in growing vegetables indoors was recently valued at more than one billion US dollars.

Vertical farming promises a more sustainable future for growing vegetables in a city. Instead of planting a single layer of crops over a large land area, stacks of crops grow without using any natural light or soil.

Produce is grown in a controlled environment where elements including light, humidity, and temperature are carefully monitored. Its proponents believe that vertical farming can feed millions of people while reducing some of the negative aspects associated with current agricultural practices: carbon-emitting transportation, deforestation and an over-reliance on chemical fertilizers.

Among the benefits, it reduces the environmental impact of transportation by moving production from the countryside to the cities, where most people live. LEDs provide the lighting plants need to grow, while sensors measure temperature and humidity levels. Robots harvest and package produce.

In order to produce a harvest every month, vertical farms need to control the elements that affect plant growth. These include temperature, requisite nutrients, humidity, oxygen levels, airflow and water.

A network of sensors and cameras collects data with detailed information about the plants at specific points in their lifecycle as well as the environment in which they grow. This data informs real-time decision-making about plant health, growth and yield.

Automation takes care of tasks such as raising seedlings, replanting and harvesting. It can also be used to provide real-time adjustments to plant care.

IEC Standards are essential to the technology used in vertical farms.

Several TCs prepare standards in the area of industrial automation. These include IEC TC 65, which addresses process measurement, control and automation, IEC TC 17, which develops standards for switchgear and controlgear and IEC TC 22, which standardizes power electronic systems and equipment.

IEC TC 44 provides standards for the safety of machinery. The water used by vertical farms relies on pumps with motors that are standardized by IEC TC 2.

Pairing vertical farming with renewable energy is essential because it is more energy intensive than traditional agriculture. As they switch to renewable energy sources such as solar, wind and marine power, they will be using standards developed by IEC TC 82 for solar photovoltaic energy systems, IEC TC 88 for wind energy generation systems and IEC TC 114 for marine energy.

IEC conformity assessment ensures that many of the standards used in vertical farming are correctly implemented.