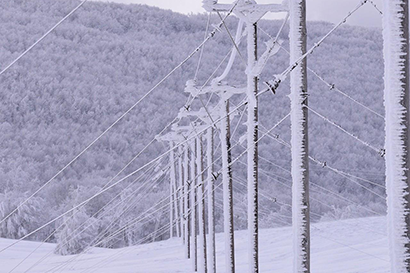 Image by Ioannis Ioannidis from Pixabay

The state of Texas in the United States is famous for its energy independence. It leads the country in total electricity production and – if considered an independent country - ranks as the 11th largest producer.

Yet, this past week, electricity in Texas has made headlines for a different reason. Because of a massive cold weather storm, millions of people have been left without electricity for days.

In simple terms, Texas has found itself with a problem of supply and demand. The cold weather storm brought the lowest temperatures recorded in decades in the state. As a result, households increased their electricity consumption to stay warm.

Yet, the supply was not forthcoming. Because of the cold, the infrastructure used for energy generation and transmission was freezing up or taken offline because of the cold. Wind turbines froze and natural gas facilities and pipelines were shut down due to the cold and frozen wellheads.

And because Texas operates its own power grid, it was cut off from other power sources in the United States.

In Texas, demand for electricity surges in the summer months with the hot weather and heavy reliance on air conditioners. In contrast, the winter period when electricity demands are low, is used to undertake routine maintenance. And because of the mild winter weather, infrastructure is not designed to withstand unusually cold weather.

As extreme weather events are likely to occur more frequently, a new type of resiliency for utilities may be necessary. Manufacturers must ensure from the outset, that their equipment will endure all weather conditions throughout its lifecycle.