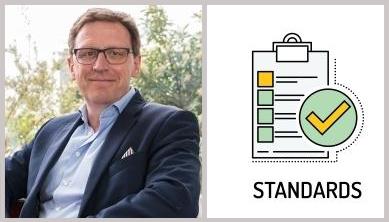 At the beginning of September, the annual Management Committee meeting of the international IECEx system took place. It was not surprising that, regardless of the global progress of vaccinations against COVID-19, this conference had to be organised as a virtual event – for the second time in a row. It is astonishing how professional and efficient international organisations like IECEx became adopted to such circumstances.

The work must go on, however, and so we switched almost all of our main activities to “remote” mode. The ongoing success of the IECEx system, expressed in continuously growing numbers of test reports, factory assessment reports and certificates, proves that all of our emergency activities have been effective and efficient. The only slight exception is the IECEx Personnel Competency Scheme (ExPCC) where the number of certificates stagnated during the last 18 months. However, this can be easily explained by the fact that practical skills are an important element of the examination process, and such special experiences are hard to test on a remote basis.

All delegates of the ExMC meeting were convinced that the number of certified persons will increase quickly once travel restrictions are removed. The “soft” aspects of safety like knowledge, practical skills and experience, have become even more important for the IECEx system, as indicated by the rapidly growing number of Recognized Training Providers (RTP). At the time of the ExMC meeting, 33 organisations from all continents granted with this status, as well as the next candidates, have all sent their application to the IECEx office in Sydney.

An interesting topic at the meeting was the presentation of the new ISO standards for the hydrogen value chains (I wrote about these documents in an earlier Hazardex column). During the discussion it became obvious that the matter has a growing relevance in many countries, which is why a new working group was established with the terms of reference: “To consider the business case for integrating Standards (including ISO and IEC), associated with the Hydrogen Economy into the IECEx System for reporting to the IECEx Executive and if accepted prepare IECEx Scheme documents for approval by the ExMC”.

I feel honoured to be appointed as the convenor of this group, which will start with its activities this autumn. Some readers with experience in hazardous areas may be asking: what will the new content be given that IECEx equipment certificates for products with explosion group IIC have been available for many years? Beside Acetylene and Carbon Disulphide, Hydrogen belongs to this category. The answer can be given based on a NASA report: “Review of Hydrogen Accidents and Incidents in NASA operations” from 1979 by P.M. Ordin. Hydrogen has been used as a propellant in the space industry for many decades. Systematic evaluation of causes of accidents has revealed high statistical significance. The following failure categories could be identified as major issues:

Operational and work area deficiencies – 26%: Accidents due to inadequate working conditions during installation, maintenance, fabrication and cleaning, as well as a lack of training, specific instructions or both.

Procedural deficiencies – 25%: Accidents due to failure to follow established procedures or to prepare proper procedures.

Design deficiencies – 22%: Accidents due to inadequate component or system designs, including failure to specify safety devices, omission of other essential information, failure to determine stress and fatigue, errors in material selection.

Planning deficiencies – 14%: Accidents due to failure to prepare test plans or to prepare hazard studies.

Malfunctions – 8%: Accidents due to anomalies, such as components in the system that failed to function as intended.

So, more than 90% of the accidents and incidents were caused by organisational deficiencies. The author of the report took the conclusion that safety strategies should aim in two directions:

Therefore, the major effort of the new IECEx working group should be spent on the search for hydrogen specific training and qualification needs. This could be a new unit of competency for the ExPCC system or new programs for the service facility scheme (ExSFC). Based on the new standards for assemblies (IEC 60079-46) and for non-electrical equipment (ISO/IEC 80079-36 ff.) there could be also a need for special equipment/assembly certificates.

It is true that for many decades there has been a large volume of hydrogen produced for industrial applications. Suitable equipment is available, and the safety concepts are sufficiently safe. However, there is a big difference between the current hydrogen production in large centralised and closed process plants like refineries and the new decentralised applications for hydrogen as an energy carrier: the public access by laypersons and other people who are not competent in the handling of a hazardous substance like hydrogen. Therefore, it makes sense to modify and extend the established safety concepts.

This article originally appeared in Hazardex magazine and is republished with kind permission.