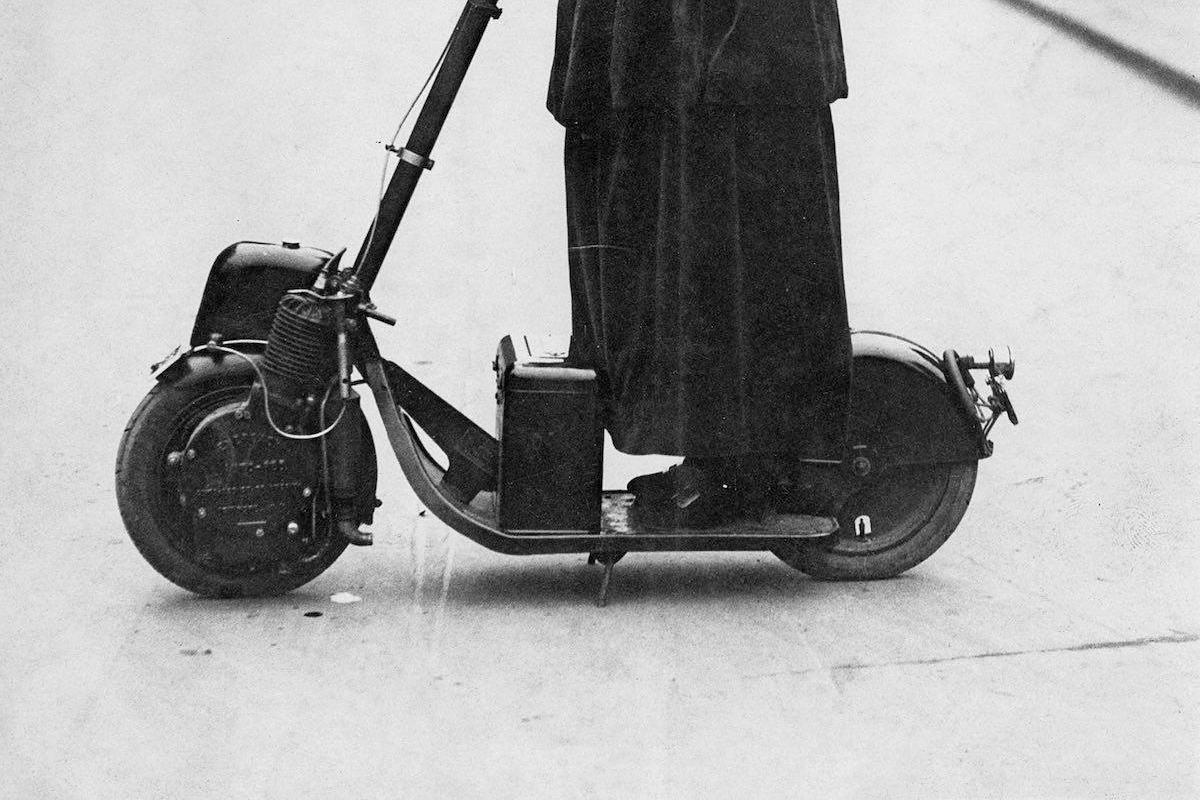 Lady Florence Norman, a suffragette, on her motor-scooter in 1916. (Source: https://commons.wikimedia.org/wiki/File:Lady_Florence_Norman.jpg)

Imagine the scene: a young woman takes a motorized scooter to cover the short distance from her home to the office. It is a common enough sight on the streets and pavements of cities around the world nowadays, but this young woman was using her scooter to get to work in 1916.

Lady Florence Norman, the British socialite and suffragette, was an early adopter of the Autoped, a foldable motor scooter manufactured by a company in New York. By 1935, the American aviator, Amelia Earhart was using an electric model of the same scooter to make her way around airdromes.

At the height of its popularity, the Autoped was issued to traffic cops in the US and the New York Postal Service used it to deliver the mail.

They fell out of favour for a variety of reasons, partly economic and partly related to new traffic regulations around the world designed to make roads and pavements safer.

A century later, motorized scooters are once again a popular way to cover distances too far to walk and not far enough to warrant the hassle of driving or taking the bus. That is why the IEC has a new technical committee, TC 125, to provide standardization in the areas of safety and reliability, protection against hazards, docking stations, recharging and recycling.

They are developing standards for electrically powered transport devices with one or more wheels, where the speed or steering is controlled electronically. It includes electric scooters and monocycles, but excludes electric bicycles, motor bikes or cars since they are already addressed by other technical committees.

Standards will only apply for devices used on public roads and spaces. Issues being addressed include: