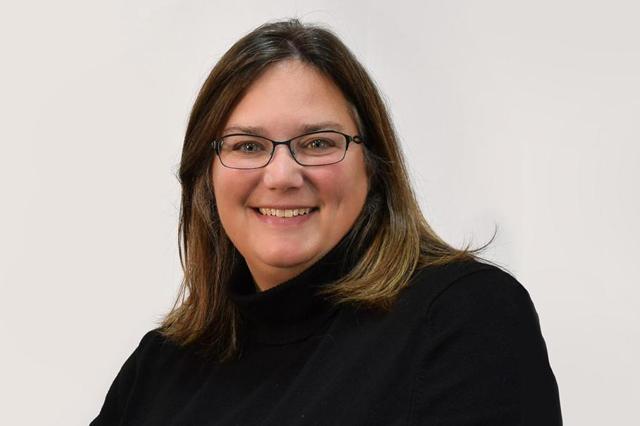 This year’s theme for World Standards Day was Shared Vision for a Better World, with a focus on the role international standards play in helping to achieve the United Nations’ Sustainable Development Goals (SDGs) for 2030.

Many of these goals focus on the importance of diversity and equality—in education (SDG 4), as well as in the workplace and government leadership (SDG 5). In order for standards to help accomplish these goals, they need to be developed with consideration for all those they impact.

As director of International Standards, Sonya Bird is responsible for developing and implementing the international standards strategy at Underwriters Laboratories. In this role, she leads a team of regional managers located around the world, including in the ASEAN region, China, India, Middle East and North Africa (MENA), and Europe.

She is active in American National Standards Institute (ANSI) international forums, in the U.S. National Committee (USNC) of the International Electrotechnical Commission (IEC), and in IEC itself, where she represents the United States on the IEC Standardization Management Board.

In this discussion, we asked Sonya to share her thoughts on gender diversity and the important role standards play in helping to achieve it.

Why should gender needs be taken into account in standards development?

Simply put, one size does not fit all. Consider protective equipment, for example. Perhaps it is a pair of gloves worn by a female firefighter with small hands, or a vest intended to protect police officers from bullets. If this gear does not fit correctly, its protective nature may be negatively affected. The glove may not provide the needed protection from fire and heat, and although the vest may fit across the female chest, it may provide a gap in coverage from fitting too loosely across the rest of the torso. These differences need to be taken into account in order to help ensure first responders are adequately protected.

What have you learned as part of the ISO/IEC JSAG for gender responsive standards?

Through participating in the JSAG, I’ve learned that some technical committees have historically been made up of male contributors and did not consider unique, specific needs of women in standards development. The individuals participating in the work of the IEC and ISO are experts in their respective fields but are not necessarily experts on gender differences. The JSAG recognized that guidance is needed to help all experts understand the value of gender-responsive standards, while also encouraging them to think about gender implications for new and revised standards.

Other than physical sizing dimensions, what other factors exist when considering gender needs in a standard?

Physical differences other than sizing dimensions may include body fat percentage, peripheral vision, sensitivity to sound, pain tolerance, hormones, or various strength characteristics such as upper body strength and grip strength. Each of these conditions could have an impact on the suitability of requirements contained in a standard. Add to that mixture the traditional differences around roles played by men and women, and the evolving roles of women today, and it is clear that needs—with respect to standards—are changing.

What other types of diversity are needed on technical committees?

Is diverse membership on a technical committee sufficient for addressing gender needs?

While diversity on the technical committee is important, diversity cannot be achieved by simply including a woman on a committee. One woman should not be misperceived as a representative of all women. Just as needs and experiences vary for men, needs and experiences also vary for women, and a variety of female experiences and inputs should be taken into consideration in standards development. Technical committees are encouraged to consider non-biased/gender-responsive data in standards development when available.

What is an example of a recent standards effort that specifically considered the needs of women?

One example of a recently published standard that accounted for gender inclusivity is UL 3741, the Standard for Safety for Photovoltaic (PV) Hazard Control. This standard addresses shock hazards for firefighters responding to emergencies on homes with PV systems. In its development, considerations were provided for both male and female firefighters. As research was collected, it was noted that physical characteristics such as body weight and skin sensitivity could have a direct effect on certain threshold limits for electricity, and that women tended to have lower threshold limits than most adult men. Both male and female firefighters were considered in the calculations of the potential current that could pass through a firefighter’s body during various firefighting interaction scenarios with a damaged PV array. As a result, for the protection of female firefighters in the U.S. and Canada, UL 3741 uses DC body resistance data as modified for females, which is roughly 2/3 the limits for males.

You are also involved with work at Underwriters Laboratories to address the UN Sustainable Development Goals as a whole. In what ways can standards play a role in supporting the UN SDGs?

World Standards Day 2021 is about our shared vision for a better world, emphasizing the role of standards in helping to attain the Sustainable Development Goals. Standards play a vital role in eliminating global barriers to trade, enabling a foundation of trust for new technologies, supporting innovation and spreading knowledge. Standards also play an even greater role in addressing social imbalances, developing sustainable economies, and supporting mitigation and adaptation of climate change. I’m proud to be a part of this initiative, and I’m excited to see how we can use our experience and expertise in standards development to help achieve these goals.

This article originally appeared on UL.org and is republished with kind permission.