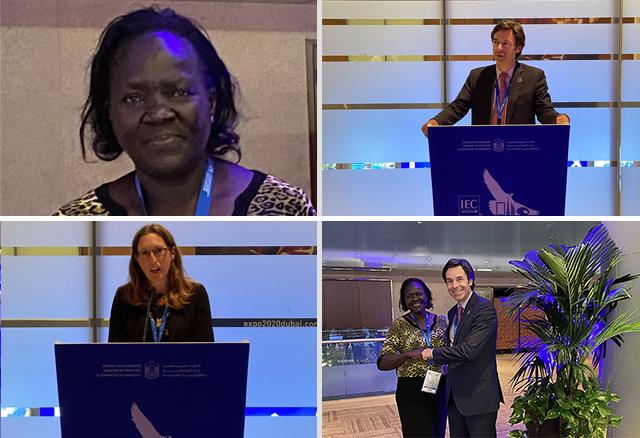 General Secretary Philippe Metzger has thanked IEC Affiliate Countries for their “valuable contribution to IEC work”. Mr Metzger was speaking at a special event during the IEC General Meeting, in Dubai, which marked the 20th anniversary of the Affiliate Country Programme (ACP).

“The Affiliate Country Programme is about building for the future,” he said. “The insights, experience and knowledge of participating countries will help to ensure that the standards of tomorrow stay relevant”.

The ACP enables developing and newly industrializing countries to participate in IEC work and the IEC Conformity Assessment Systems without the financial burden of membership. It also helps countries to increase the quality of their infrastructure and acquire technical expertise.

Participating countries not only gain access to IEC International Standards and other publications but also acquire the capacity to apply testing and certification.

The Programme helps affiliate countries to set up a national electrotechnical committee and to benefit from mentoring, as well as participating in dedicated IEC Affiliate meetings. An important goal is to encourage participants to contribute to IEC work

Affiliate countries have ordered more than 16 500 standards, free of charge, in view of national adoption. They have adopted more than 8600 IEC International Standards as national standards.

The event in Dubai was also an opportunity to thank Evah Oduor, IEC-AFRC Regional Director, for her loyal service. At the end of the year, Ms Oduor is stepping down from her role as one of the two directors of the IEC regional centre in Nairobi.

“You have devoted yourself and put all your heart into helping African countries benefit from IEC work,” said Katharine Fraga, IEC Director of Membership, Affiliates and Capacity Building.

Ms Oduor took part in her first IEC General Meeting in 2004, taking on a voluntary position as IEC Coordinator for Africa in 2008. She helped to establish the African Regional Centre, which was launched in 2015.

“Evah, we all appreciate your open mind, strategic thinking and great knowledge of your region,” said Ms Fraga.

“I know I speak both on behalf of the Affiliate Countries and on behalf of all my IEC colleagues when I say that we have had a very positive joint collaboration to build awareness about the IEC in Africa and to help African countries become more involved in IEC work.”

Ms Oduor said that she would miss her IEC colleagues but hoped to continue making a positive impact and contribution to society after her retirement.