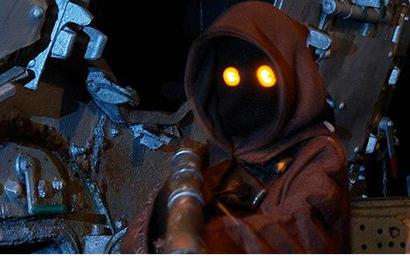 In one of the latest Star Wars films, Princess Leia appears as a hologram, a poignant reminder for fans and viewers of the earlier parts of the saga. This may be science fiction but real-life is catching up as innovative companies invent the technology to be able to see and interact with 3D holograms in real-time.

Using these images, cardiologists performed a minimally invasive procedure that replaced a worn-out surgical valve in a patient’s heart.

The 3D visualisation technique is a big improvement compared to previous attempts with headsets, which led to eye fatigue and nausea when worn for long periods of time. The HOLOSCOPE-I technology uses computer-generated holography to build the patient's anatomy from acquired volumetric data and uses points of light in space to represent each volumetric co-ordinate.

By employing digital techniques, the image can be manipulated without the restrictions of solid structures, changing shapes and positions while remaining true to the acquired data. The hologram floats in the air in a space in front of the observer at touching distance.

The observer can view the image from every angle and perspective. The image can be freely rotated, sliced and even marked.

These interactions give the viewer intuitive and unlimited access to all the volumetric data, as if it is the actual object held in the viewer's hand.

Is there life on Mars?

This scattered light contains information about the intensity of the scattered light and data about how far the light travelled after it scattered. With these two types of information, a computer can reconstruct a 3D image of the object that can show motion through all three dimensions.

When applied to spots observed on faraway planets, detecting motion helps to distinguish between specks of sand and bacteria. IEC is preparing standards for this very advanced field of technology IEC Technical Committees 110 prepares standards for electronic displays, including OLED, 3D, holographic as well as flexible screens.

It publishes IEC 62341-2-1 on OLED displays for instance, which specifies the essential ratings and characteristics of OLED display modules. It has also issued IEC 62629-41-1, a technical report on 3D and holographic display devices.

IEC TC 76 was set up to produce safety standards for lasers as well as LEDs. One of the TC’s major endeavours is the publication of IEC 60825-1.

This standard offers a global classification scheme of laser products according to their safety requirements and emission limits. It is widely used by industry and is viewed as THE reference for any laser equipment by manufacturers, installers and regulators in most countries around the world.

For instance, the standard specifies the determination of the nominal ocular hazard distance from the laser source. It also publishes IEC 62471-5 which applies to image projectors, using laser light.