Skip to main content
News & blogs
Back
Back to work: adapting standards to technology developments in the Ex field
Editorial team
Image 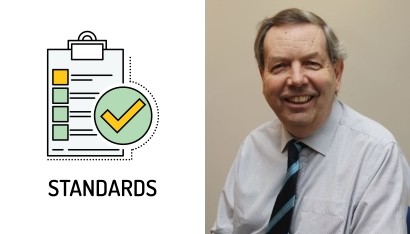 The first full week of November was taken with a remote meeting of the IEC TC31 Chair’s Advisory Group, spread over three days. We had been scheduled to meet face to face at the UL facility in Northbrook over two full days, but the three much shorter days, using Go-to-Meeting, worked well.

The Chair’s Advisory Group (CAG) is a forum in which those who play a leading role in the creation of standards in the Ex field can get together and provide advice to the chairman of TC31 on the direction of the Committee, its Sub-Committees, Working Groups (WGs) and Maintenance Teams (MTs). There is also an opportunity to talk through problems created by new technological developments. On this occasion 44 people joined the meeting, most for all three days.

There were three technical discussions which are worth noting.

It was agreed that not all concept standards require specific control of temperature to the same degree. Increased Safety (60079-7) and Trace Heating (60079-30-1) have the most comprehensive requirements, but others, such as Flameproof (60079-1), leave much more to the installer of the equipment to decide how to limit temperature, particularly of immersion heaters. An ad-hoc WG of the MT convenors for the relevant standards will be convened, to attempt a more common approach.

Industrially, more and more use is being made of the ability of equipment to identify itself electronically, whether by the use of QR Codes on the label, or RF identification tags. Logically, this must come for Ex Equipment, but there are problems in ensuring that device readers are both universally available and also suitable for use in hazardous areas.

We discussed the potential of two German standard QR type codes (carrying different amounts of information) and the problems of readability when the code has been subject to damage in a harsh environment. At this time, the decision was that, if such electronic identification was to be used, it must be in parallel with the minimum amount of information in hard text form that is required by our standards (I may be willing to embrace modern technology, but I grew up in a world and industry where the norm was the use of cast brass for marking plates, and I can still see the benefits!).

It does not seem that long ago that we were hearing of battery fires in Boeing 787 Dreamliners and exploding Samsung phones. Battery technology continues to develop at an incredible pace, and although those problems were solved, new chemistry creates additional problems. Yet there is a desire to be able to employ some of the latest designs in hazardous areas. There would be significant environmental benefit in being able to remove all diesel engines from underground mines and replace such mobile equipment with high powered battery equivalents.

We learnt of a number of experiments that had taken place, demonstrating how difficult it would be to contain an explosion from the latest high energy density batteries in a flameproof enclosure. It should be stated that the experiments seem to have been conducted with cells and batteries that are not permitted by the current flameproof standard – IEC 60079-1 – but the pressure of the needs of industry will be driving a potential change to the standard. If you want to see the potential disaster that might await, there is a video available at bit.ly/3nvj7AZ. But do remember that the current standard puts significant limitations on the type of cell that can be used in a flameproof enclosure. For traction duties in Europe, we typically use batteries housed and tested to the Increased Safety standard (60079-7) which is strictly limited to lead-acid, nickel-iron, nickel-metal hydride or nickel-cadmium types.

This is an edited version of an article that originally appeared in Hazardex magazine. It is republished with kind permission.