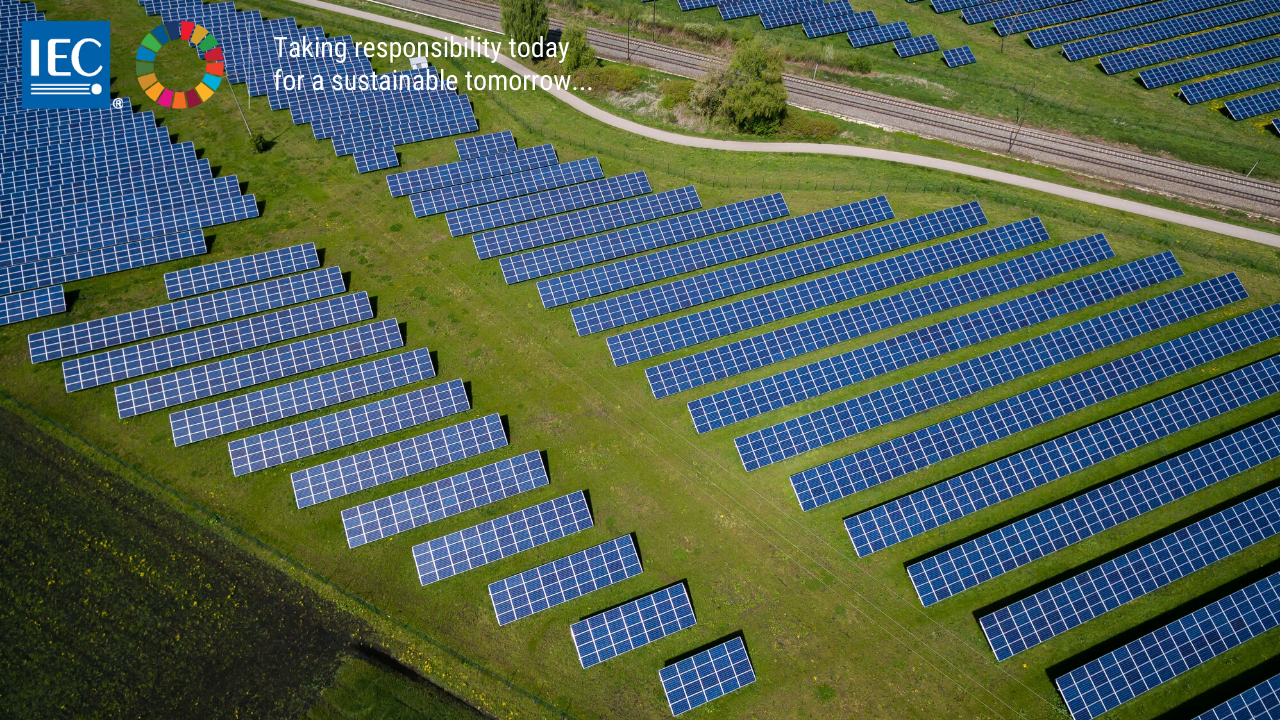 A recent IEC workshop brought together representatives from IECRE, the IEC System for Certification to Standards Relating to Equipment for Use in Renewable Energy Applications, and 48 participants from the IEC Affiliate Country Programme (ACP) to learn more about the IECRE solar photovoltaic (PV) energy scheme. The workshop, organized by IEC Affiliate and IECRE Secretariats in collaboration with the IEC Academy, was moderated by the Chair of IECRE, Alistair Mackinnon.

The workshop began with a welcome from the IEC Affiliate Leader, Battsengel Gurragchaa, who noted the strong interest affiliate countries have in topics such as energy efficiency and renewable energy based on the feedback received in a survey conducted earlier this year. This workshop is the second in a series that will allow affiliate countries to better understand IEC activities in conformity assessment.

According to Jing Bian from the China Quality Certification Centre, the international renewable energy market for new installations is estimated at USD 250 billion. In order to protect investments in renewable solar energy and ensure the system’s performance and efficiency, IECRE offers certification of the entire lifecycle of a photovoltaic (PV) power plant, from initial design aspects to annual inspections and ultimate asset transfer.

As noted by Ellen Hyldgaard from Vestas Wind Systems, the IECRE PV sector operates within the scope of the standards developed by IEC Technical Committee 82 as well as other relevant, internationally accepted standards and best practices. “IECRE focuses on issues specific to the PV sector and value that can be provided to investors and stakeholders within the sector,” remarked Hyldgaard.

A distinction is drawn between the role of IECRE, which certifies systems and IECEE, the IEC System of Conformity Assessment Schemes for Electrotechnical Equipment and Components, which certifies products, including PV modules and inverters.

Thomas Sauer from EXXERGY detailed the importance of certification, noting the negative impact that severe storms or wind can have on a solar plant that is poorly designed. Climatic conditions, such as hot and harsh climates, dust and sandstorms, can corrode plastic component parts, including cables, the junction box and back sheets. As Sauer noted, “all PV projects have site specific needs that are addressed by verifying compliance to IECRE documentation.”

Anne Wacera Wambugu, a member of IEC System Committee on LVDC and a former Young Professional from Kenya, detailed the challenges facing consumers in an increasingly decentralized energy market and noted the need for a systems level approach in African countries. “Decentralization of the energy system is underway and resulting in the decentralization of all aspects of the energy ecosystem, including the workforce.” As a result, products are often discarded, and investments lost.

The IEC organizes ACA status events on a regular basis using an approach that combines theory and implementation. Last May, the IEC ran a workshop about the certification schemes under IECEx, the IEC System for Certification to Standards Relating to Equipment for Use in Explosive Atmospheres. The presentations, including the recording, are available online.